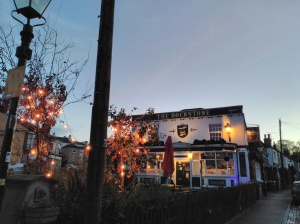 The burgers looked tempting, especially since I saw that the meat was being cooked medium rare. Alas, Sunday Roast still cast its satiated shadow over my appetite so I dallied with the  starter menu. 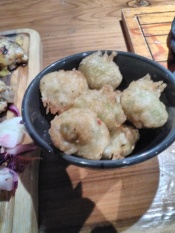 I saw a novelty – beer battered olives – listed, and so learned what those tasted like. I also tried their wings of fire while conquering a pale ale called Napoleon Complex.

After explaining at the bar about what I was doing I requested to  meet Dave. 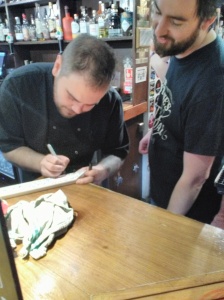 I was told to take my pick as there are a total of four Rockstone Daves.

I met two of them, along with non-Daves Lea and Shawn.