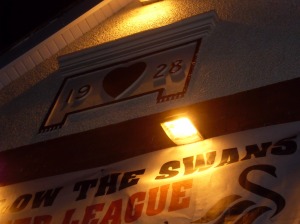 Acting on Jason’s instructions I next visited Morris at the Halfway in Winch Wen.

I showed Jason’s picture at the bar and he was immediately recognised cause he’s a regular.  Morris gave the picture a business card but didn’t want his picture taken and so I took one of the bar and featuring Michaela, who has worked at the Halfway for over a decade. 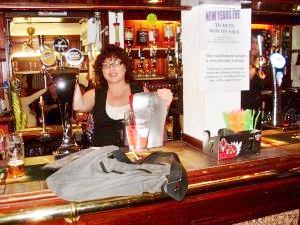 predecessor. I was told by <-Michaela that it has a particular triangular front roof that was designed by an architect who constructed four similar buildings in Swansea – each with a similar roof and bearing one of the signature symbols of a deck of cards suit.

The Halfway carries the suit of hearts. ❤

Morris sent me to next see Patrick 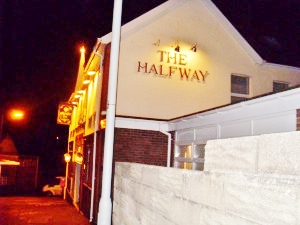